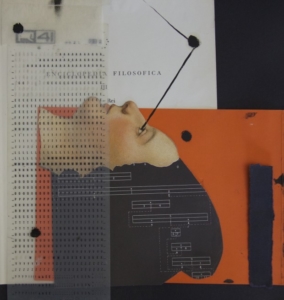 Making art is a way to create meaning, to question systems of thought, and to communicate relationships outside the limitations of spoken language. I engage art historical images as a way to point towards the ideas and philosophies that constitute a visual language, an integration of old and new, nature and culture, thought and action; a revitalization of images as a generative possibility. I am currently interested in researching how thought creates form, the form becoming or manifesting itself as an object. Looking at how an object suggests how we think, what we believe, and how we live. An inquiry into the way physical forms and patterns become representative of what we know of ourselves, the relationship between the self, the objectified, and nature. Looking at the everyday world with the idea that we are not only passively interacting with the environment, we are actually actively thinking it. What kind of environment is built from the ideology of something specifically made to be consumed, bought, or sold? Using objects that are found, discarded, or deemed no longer useful is important in questioning the foundations of what is deemed valuable in contemporary culture.