This work is in response to the current dialogue around the Anthropocene; the current geological age, viewed as the period during which human activity has been the dominant influence on climate and the environment.

Suspended Landscapes challenges this notion of human exceptionalism and the Enlightenment philosophy that humans have dominion over everything non-human. In our contemporary world this self(ie) centered approach has had tremendous repercussions. From climate change to social justice, the repercussions caused by human greed and indifference has made it more and more clear that humanity cannot escape what Timothy Morton describes as:
‘The most basic ecological fact of all: the fact that lifeforms are interconnected.’

The process of the work, suspending ink, linear action, and mistakes on paper is in a perpetual state of becoming, an interplay of ruin and beauty, a provocation to deeply consider our relationship with one another and the environment. The landscapes are inextricably linked with the human figures who face the same ecological collapse and mass extinction as nature.

Art historical images are cut out of their original context and idealogical time in which they were philosophically related. Isolating them in a precarious landscape to explore indeterminacy and life without the promise of stability as a generative possibility. As Anna Tsing writes 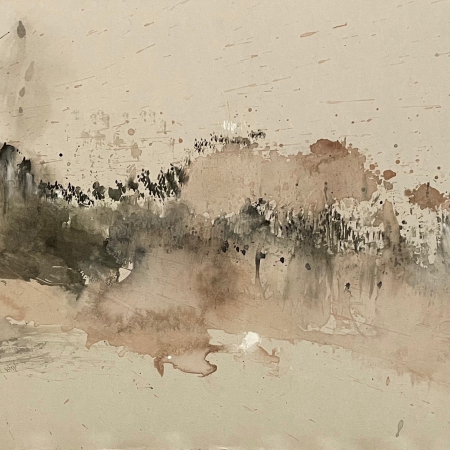 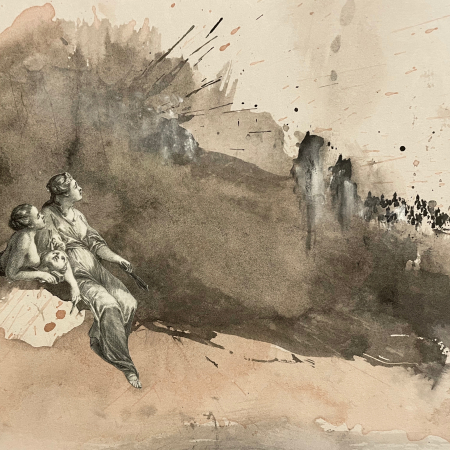 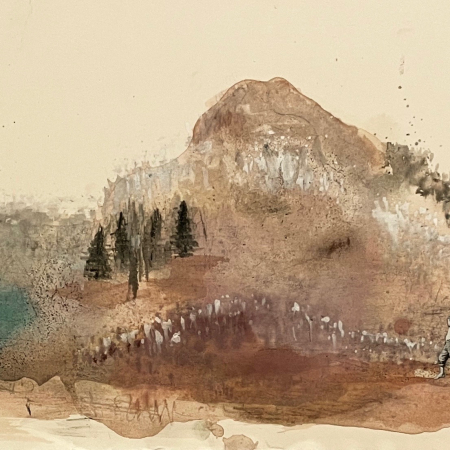 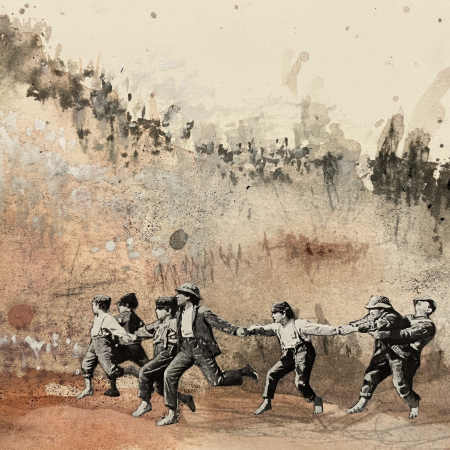 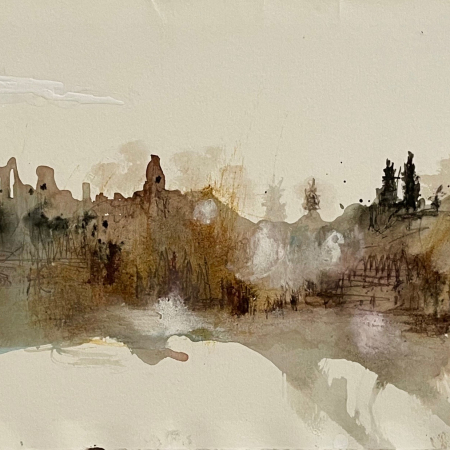 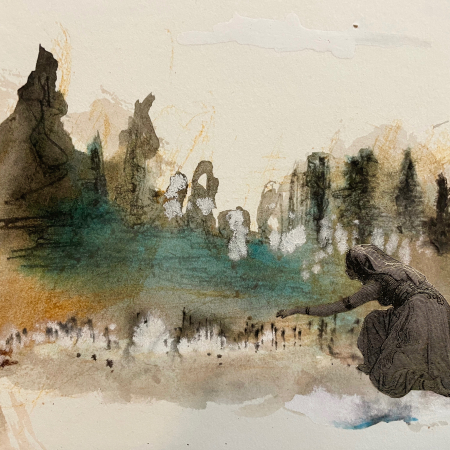 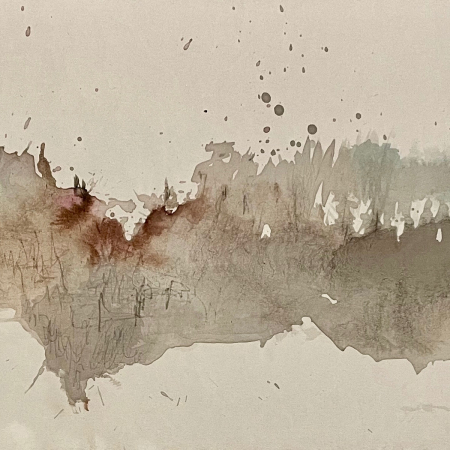 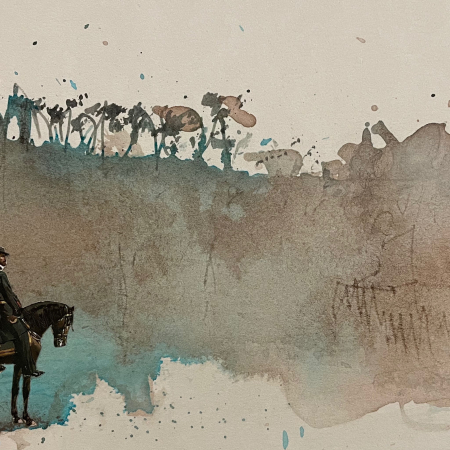 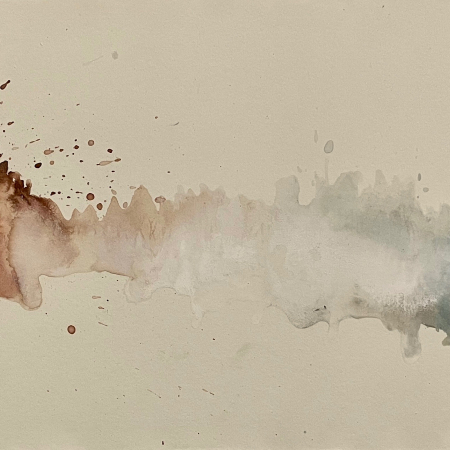 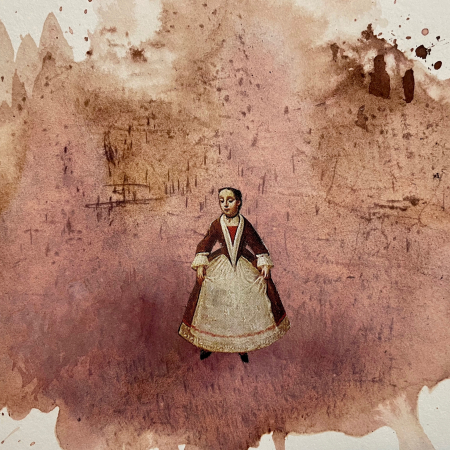 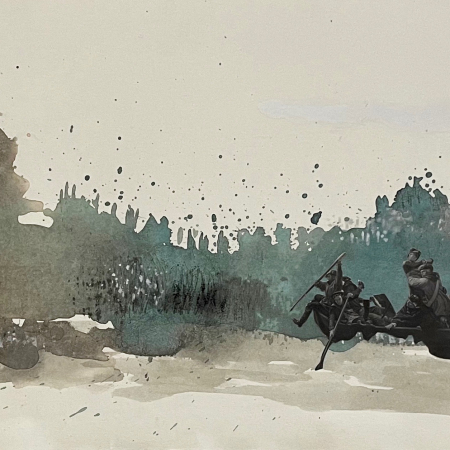 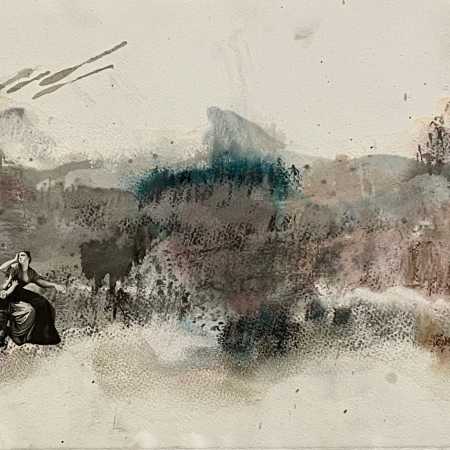 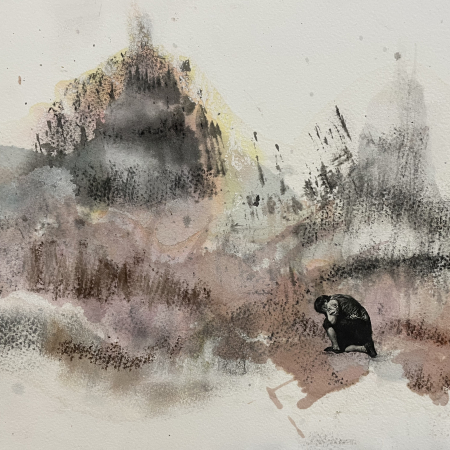 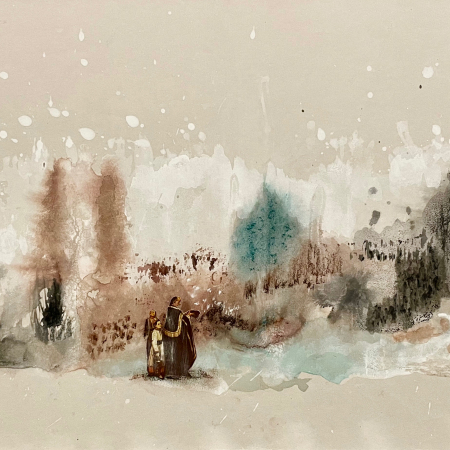 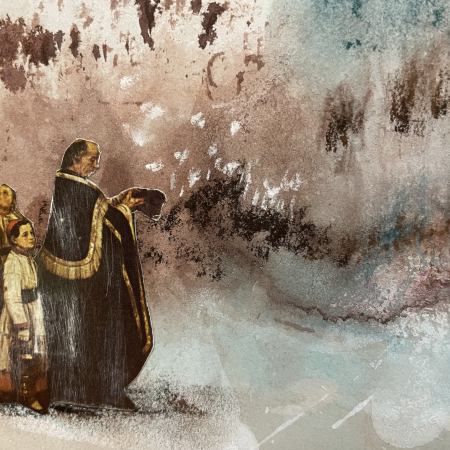 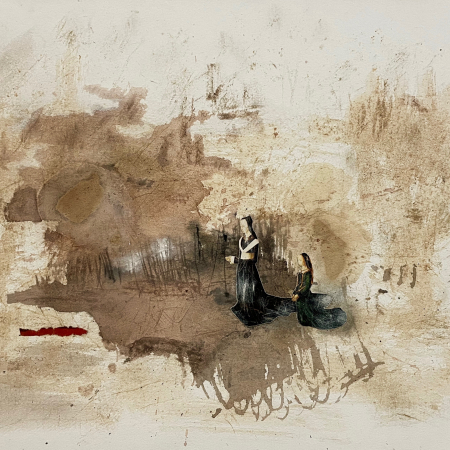 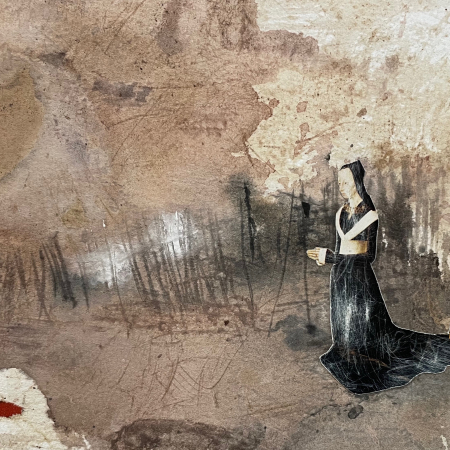 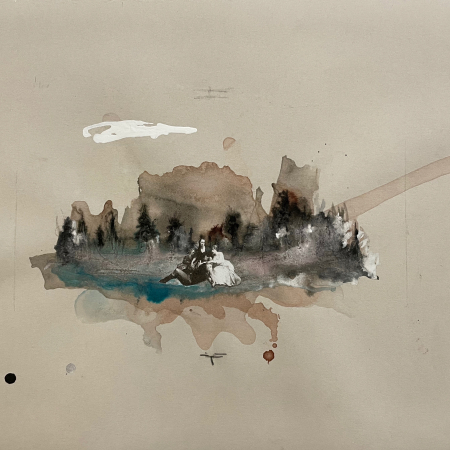 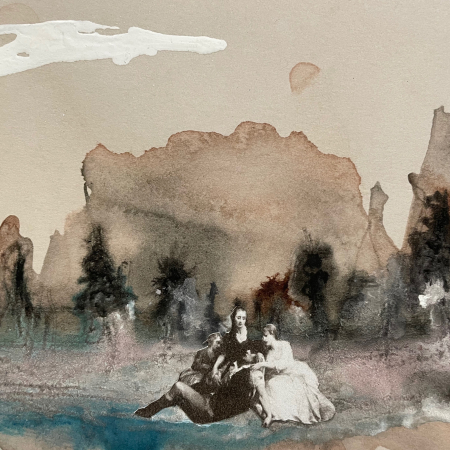 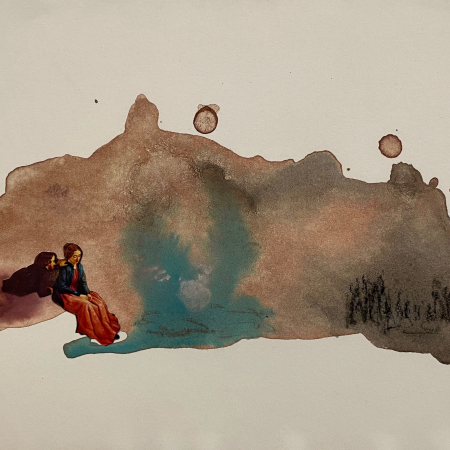 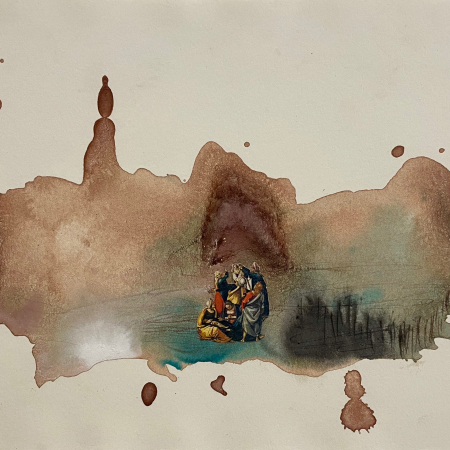 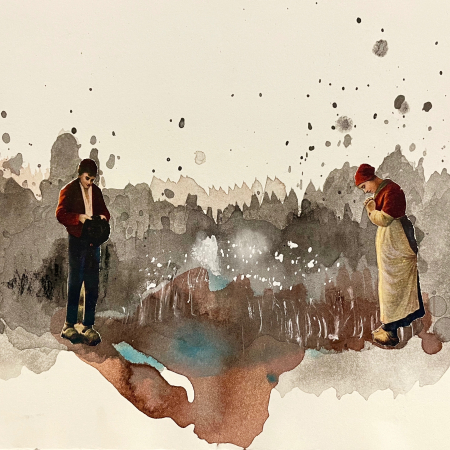 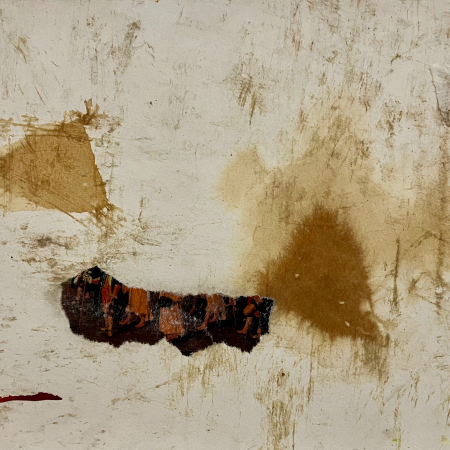 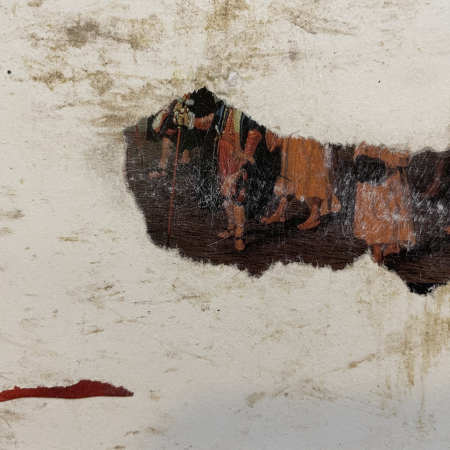 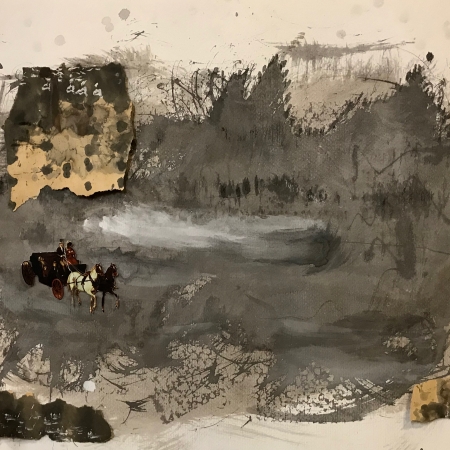 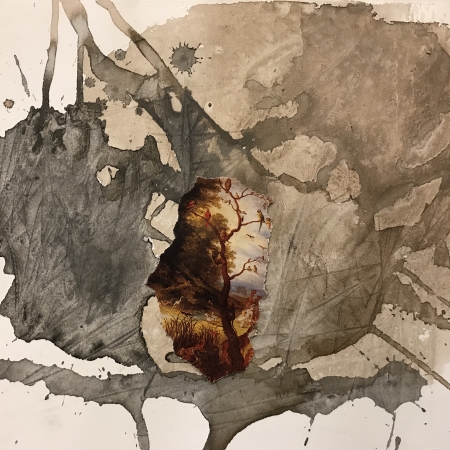 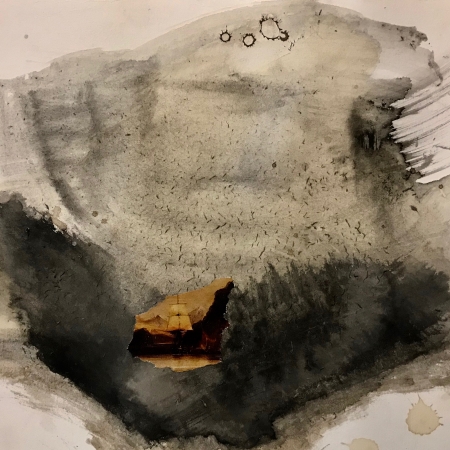 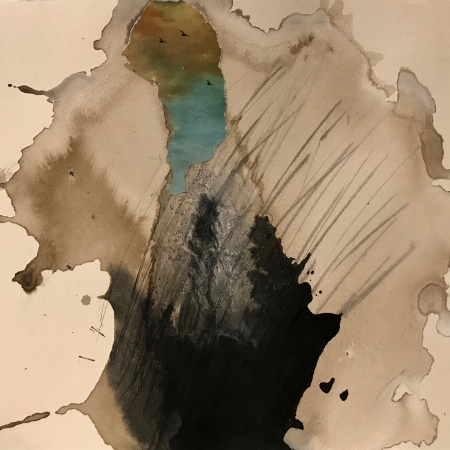